Half You Half Me 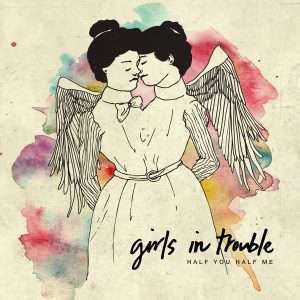 Girls in Trouble’s second album, Half You Half Me, was recorded in Brooklyn, NY during a legendary snowstorm that shut down the city.

The songs on Half You Half Me are deep and complex, telling of androgynous lovers, female warriors, sisters with secrets, and a tent peg through a general’s head. Standout songs include Rubies (a folky love song about the proverbial Woman of Valor) and We Are Androgynous (an indie-pop love song in the voice of the apocryphal demoness, Lilith).

Alicia’s songwriting, voice and violin and Aaron’s bass are surrounded by lush orchestral arrangements of accordion, drums, electric guitars, and cello. Released on JDub Records in 2011, Half You Half Me was called “stellar” by Largeheartedboy.com and “pure indie-rock gold” by Giant Robot Magazine. 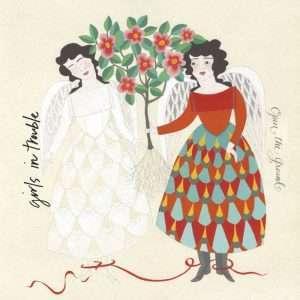